Over thirty young people from the Diocese of Kilmore received their Pope John Paul II awards at a special ceremony in the Kilmore Diocesan Pastoral Centre on Friday 28th November.  The Pope John Paul II Award was established a number of years ago in order to honour the memory of the late pontiff, especially his love, affection and care for young people.

The Award is run in most Irish dioceses and was launched in Kilmore in 2011.  Candidates can receive gold, silver or bronze awards.  Each young person chooses to get involved in parish life as well as participating in some social awareness activity which could be fundraising, coaching or visiting the elderly to name but a few.  This year four candidates received the Papal Cross Award, which is the highest award on offer and involves a commitment of 26 weeks to parish work and social awareness.  All of the award recipients completed a presentation in which they reflected on the tasks they had undertaken in the light of gospel values.  Finally they reflect on how the award has helped them understand and appreciate the contribution that young people can make in the Church today.

At the awards ceremony on 28th November the candidates were addressed by Mr Cian Mc Manus, a student in St Patrick’s College, Cavan, who spoke eloquently and clearly about the importance of faith in his own life.  Afterwards Most Rev. Leo O’Reilly, bishop of Kilmore and patron of the award in the diocese presented the awards to the young people.  In his remarks bishop O’Reilly congratulated the young people and thanked them for their generosity of spirit in getting involved in such a concrete way in the life of their Church and community.  He also thanked the Knights of Columbanus for their generous support of the Award since its establishment in Kilmore.

If you would like to get involved in the Pope John Paul II Award or just find out more about it contact your local Parish Priest or the diocesan Youth Director Fr. Enda Murphy at the Kilmore Diocesan Pastoral Centre 049 4375004 (ext. 103). 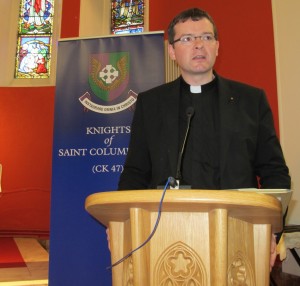 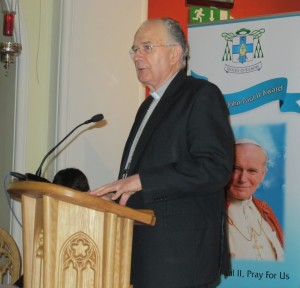 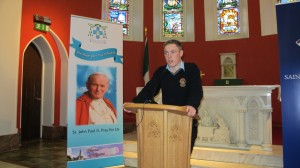